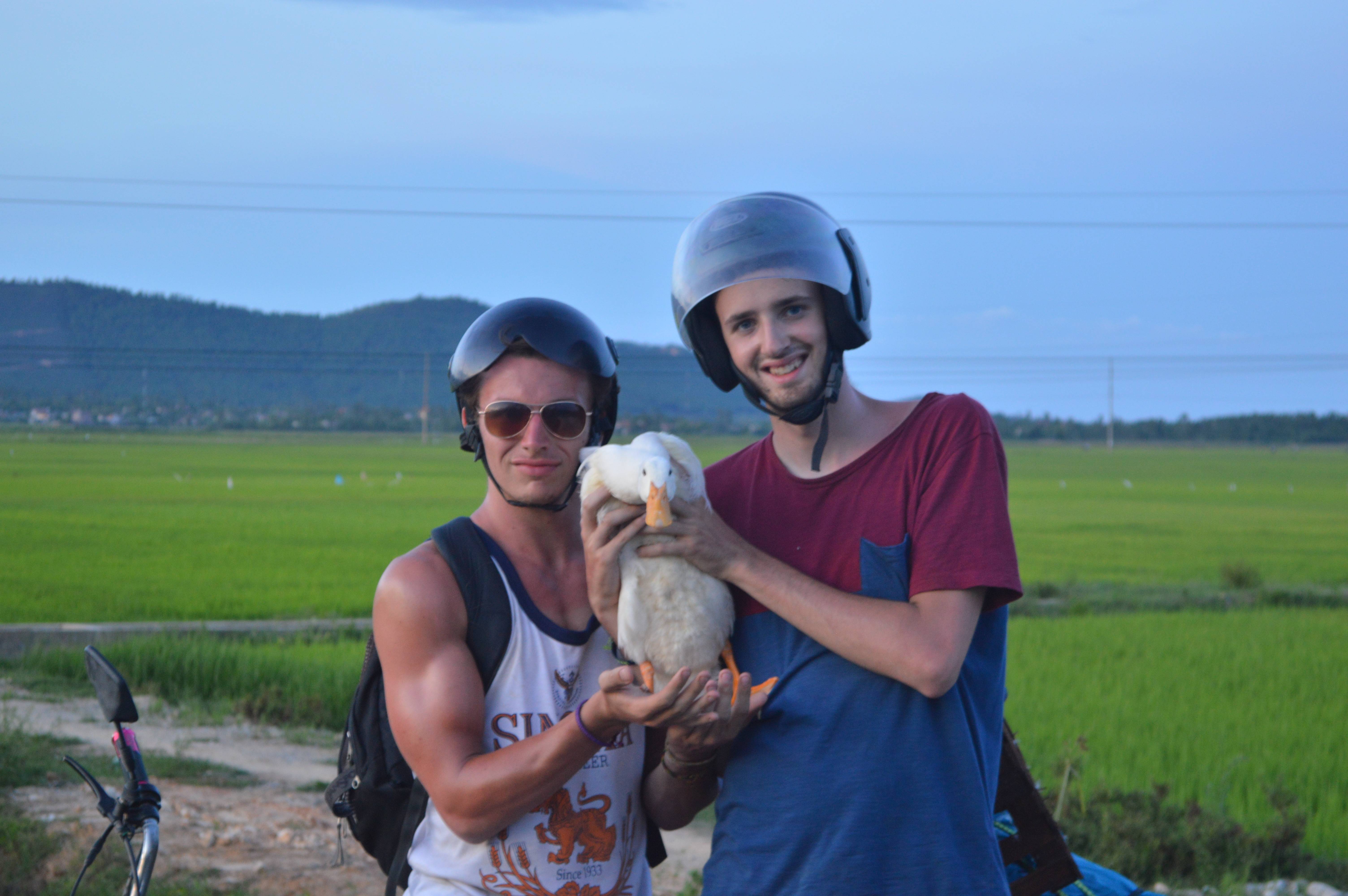 So as part of the deal when I was buying a motorbike in Vietnam, I was given a free duck. He travelled on the back of my bike for around 1750km in total from Ho Chi Minh City to Hanoi The first ever photo I got with Rab, about 5 minutes after we picked him up from his previous owners We stopped halfway between Hue and Phong Nha for a water-break. Rab accompanied us on our journey into the Phong Nha caves We’d take Rab to bars and restaurants with us and he always became the centre of attention – He’s a friendly duck. He’d sit on my shoulder for up to an hour without trying to escape, he just loves company. Here he is pictured at Easy Tiger Bar in Phong Nha, on top of the musician’s head Of course if we’re eating, Rab must eat too On the way to Thai Hoa, we took another water break and so we thought we’d get a photo with Rab and the scenery Pictured here are both of our motorbikes and Rab. He’d often stick his head out the side of his box whilst I’m driving.. It looks kinda like you know when a dog sticks his head out the window in a car? Yeah that, except imagine a duck doing it rather than a dog Doesn’t he just look so majestic? We tried to pass Rab on to other travellers so he could continue his travels, but unfortunately no one wanted him! We set him free in a lake in Hanoi on the 8th of August 2014. I really hope he’s doin good! This is when we were trying to set him free but he wouldn’t go, he just kept following us. We eventually had to just get on our motorbikes and drive off, it was totally heartbreaking and a moment I’ll remember for the rest of my life And this is the last ever photo I got with Rab! May he live long and thrive in his new home 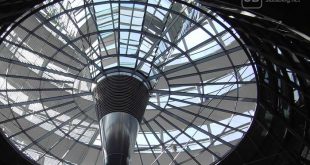 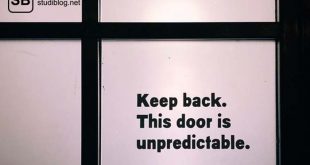 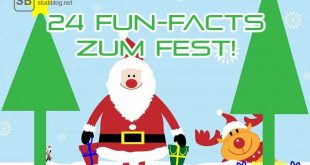