“I used to be a perfection seeker, who would lay down a meticulous plan for every aspect of life. And to make matter worse, I come from a cultural group, whose sense of self-worth is mostly determined by how we look like in the eyes of others.

It was hard for me to receive feedback or to hear out criticism, without feeling offended or less worthy. Yet, I have developed an expertise in finding other people’s fault. My friends appreciated my straightforwardness and said that I have a sharp eye for people. I was always ready to give honest comment, but not to receive one. I found it difficult to hear anything, that pretty much told you that you’re not as good as you think you are.

I know it’s kind of dumb to reject the universal truth, that nobody is perfect. But having someone pointing out your fault in front of your face is simply not a situation I wanted to be in.

Studying here at ESB, I was forced to adjust and learn to take criticism without taking it personally.

I kept telling you, how crazy the workload here is. Paper, presentation, project are all the academic stuffs that should be completed before the exam period. Moreover, extracurricular activities are kind of mandatory. You should be active in at least one student initiatives or organization, before you call yourself an ESB student who embodies the ESB Spirit. Huh. Isn’t it nice?

So somehow, they made you to always work in group with a general rule: your group must represent the school’s diversity. This means, there should be a balanced gender and nationalities mix, thus you are not allowed to work only with girls or only with Asians.

It is hard in the beginning, but you just can’t get away with it. Working in group means, you agree to constantly hear feedback. In whatever form, spoken or unspoken. Why? Because you can only have a better grade if the feedback system in your group works smoothly.

Then, I started to see how feedback is utterly essential for my own growth. Coming from my own team, it is a supportive act intended to deal with under-performance in a constructive way and to help me develop myself to a higher level. Being open to feedback is one of the best way to keep learning.

As I’ve said, working in group at this school often entails working with high level of cultural diversity. This means we are likely to get things wrong from time to time. Perhaps, I assume things incorrectly. Perhaps, I communicate in ways which are confusing and possibly impolite for others. And I know the only way to make sure that I don’t continue making the same mistakes is to get feedback, to never hesitate to invest time in asking what I can do better to make others more comfortable.

In a way, feedback is also an opportunity to motivate

It’s an opportunity to appreciate others for something well done. Giving feedback in the hope of inspiring a friend to be a better person is certainly not a bad thing. I still remember how a simple appreciation could really make my day 🙂

During the 5th semester, I tried to have different groups for every subjects or assignments. I worked with people I’ve never worked with, and it was surprisingly fun. Now, I am so used to working with people with different characters and background, that it really doesn’t matter with what kind of human being I have to work together.

It is what it is: an opinion

Sure, it is sometimes still very tough to listen to others’ comments about my own behaviors, especially if it’s a bad one and the person delivering the criticism isn’t exactly subtle about it. But in the end of the day, there is one thing I always keep in mind; it is what it is; an opinion and not a fact. Sometimes it might be not true what people are saying about me, but at least now I have the opportunity to manage the misperception by explaining more about what I do and why I do it the way I do it. It takes time, but in the long run it will save a lot of energy.

Now when I give it more thought, I think I still seek for perfection. It’s just now I don’t mind having people pointing out my imperfection. In fact, if you have something that you really want to tell me but you couldn’t, no matter what you call it, feedback, criticism or whatever, you can just send me a message now and I’ll love you even more! :* “ 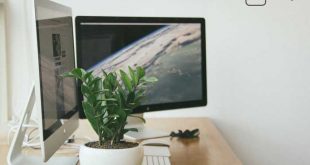 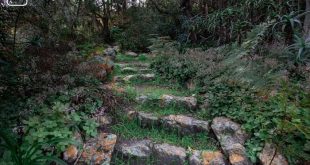